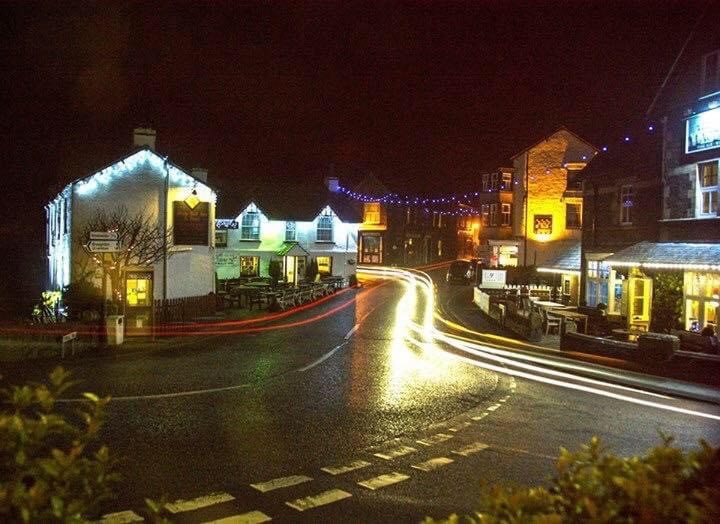 Coniston’s Christmas Lights will shine brightly this December after The Inn Collection Group donated the costs of the display to the village’s organising committee, ahead of this year’s official switch on.

The operator of The Coniston Inn has agreed to cover 2022’s outgoings after learning of the cancellation of the traditional switch-on party for local youngsters, ensuring Christmas cheer is still enjoyed by the local community.

By taking care of this year, ICG are allowing Coniston to look ahead to 2023, with donations already received by The Rawdon Smith Trust, Coniston 14, The Coniston Amenities Fund, and local donors now able to be put towards the display for next Christmas.

With support already garnered, it is hoped that the village may be able to make more of their festivities and draw people to visit and enjoy the tranquil village at a switch-on event.

As well as lighting up the village with its customary lights display, The Coniston Inn will have its own additional attraction with a herd of illuminated reindeer taking up residence in the wooded area within its grounds.

The Inn Collection Group spokesperson Andrew Robson said: “When we saw that the traditional Christmas part was off and that the organisers ‘hoped’ to have the lights up, we knew we had to get involved and lend our support.

“After speaking with the committee and learning what would be needed for this year, we were thrilled that we would be able to donate enough to cover those costs so donations received from other supporters could be placed towards next year.

“We make a big effort in our Inns to embrace the festive period and we’re delighted to have been able to extend that further into the village.”

Katie Dawson, from Coniston Christmas Lights Committee said: “We’re incredibly grateful to The Inn Collection Group for their donation to our village’s lights. Agreeing to cover this year’s costs is a brilliant gesture.

“It is a small team that organise the lights and we are totally reliant on our community to add a bit of festive magic Coniston. What Inn Collection have done is pretty much save Christmas and allows the support we already have go towards making next year better than ever.

“We can’t wait to switch the lights on and brighten up Coniston for the festive period.”

The Inn Collection Group’s support of Coniston’s Christmas Lights is the latest in several donations the kind-hearted pub company has made in Cumbria this year, as it looks to help spread festive cheer.

Nearby Ambleside’s Christmas lights received a four-figure donation whilst in Grasmere, under refurbishment inn The Swan has donated via the group’s Give Inn Back initiative to the RAOB Lamb and Lion fund, to cover Christmas presents for the village’s children.