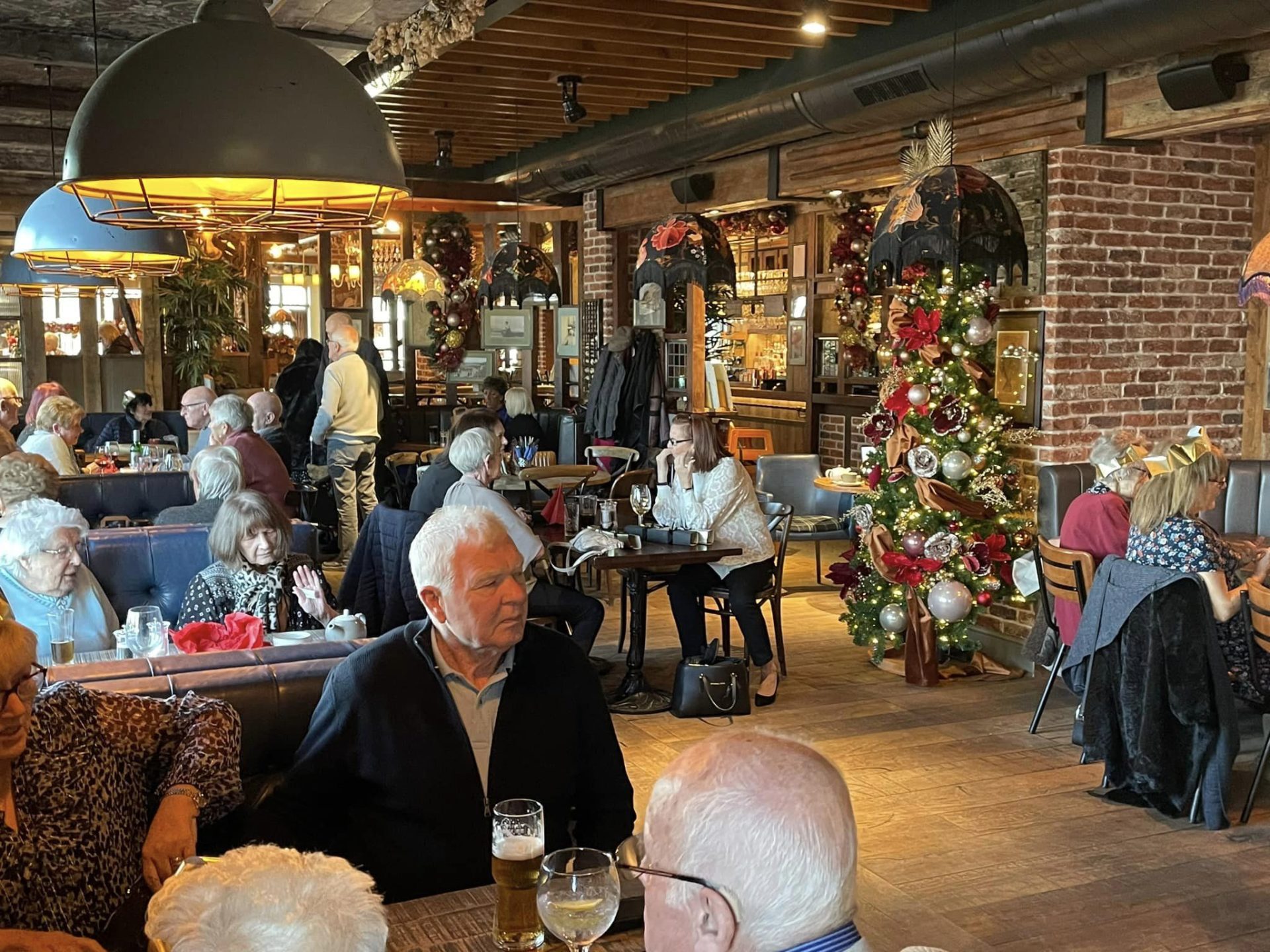 Seniors step into Christmas for dinner as guests of the group

Wintery weather failed to put the festive spirit on ice at The Seaburn Inn and Regent Hotel last week as The Inn Collection Group properties welcomed local senior citizens for a pair of a pre-Christmas lunches.

40 residents of St Cuthbert’s Court care home in Seaburn enjoyed three courses of festive fayre at the coastal property whilst 50 residents of Ambleside and the surrounding villages were hosted at the Borrans Road venue.

Freshly prepared by the kitchen teams and served with a smile by a band of happy little helpers, the lunches were part of the Newcastle-based pub with rooms company continued efforts to support the older generation this winter,

The events sat alongside the group’s Winnter Warmers campaign, which offers 50% off hot drinks to over-65s between 10am and 3pm during December in conjunction with the company’s supplier Ringtons Tea.

At The Seaburn Inn, the party atmosphere was there from the get-go with Wallsend-based singer The Lady Sings, Vicky Sandison, performing a chilled mix of Christmas classics and swing favourites as vegetable soup, a turkey dinner and Christmas pudding were served.

Another 45 minutes of music and dancing followed the meal to round out an enjoyable afternoon for the home’s residents.

Audrey Dobson, who celebrated year 91st birthday in 2022 and attended with her daughter said: “It was a lovely afternoon and I really enjoyed it. The meal was lovely, the staff set the tables beautifully and they were friendly and kind.

“We enjoyed our lunch last year and it is nice to all get together before Christmas at such a lovely place.”

2022’s lunch was the second in succession at the Inn which opened in summer 2021 and is one of 35 properties owned by The Inn Collection Group across the north of England and North Wales.

At The Regent Hotel, guests again turned out for a midday arrival before making their way to the Table 22 restaurant to place their orders with a three options per course.

With starters including cream of tomato soup and prawn cocktail, mains including roast turkey and pan-fried salmon and deserts including Christmas pudding and a red berry cheesecake, guests had plenty of choice to enjoy whilst catching up with their fellow diners.

Reflecting on the day, Daryl Hardy, general manager at The Regent Hotel said: “It was good to welcome the guests to the lunch at The Regent and to be able to invite people from across the community in Ambleside and the surrounding villages.

“The whole team did a great job in putting on the event, from the front of house guys who looked after the diners to the kitchen brigade who turned around 50 three course meals with no pre-orders and I’d like to thank them for making the day run so smoothly.”

Looking back at the lunch on the coast, Tor Rate, head housekeeper at The Seaburn Inn who ran the day said: “We really enjoyed hosting the St Cuthbert’s residents last year and were thrilled to be able to do it again.

“It was a lovely afternoon that everyone enjoyed. Some of the guests arrived well before the start time which I hope shows how much they enjoyed last year and how much they were looking forward to the get together.”

Assistant general manager Sarah Bell at The Seaburn Inn, who organised much of this year’s event said: “I think it’s important that we are helping people in the current climate, and we’ve seen a good take up of the Winnter Warmers offer as well as this lunch, so it feels good to think that we are doing our bit.”